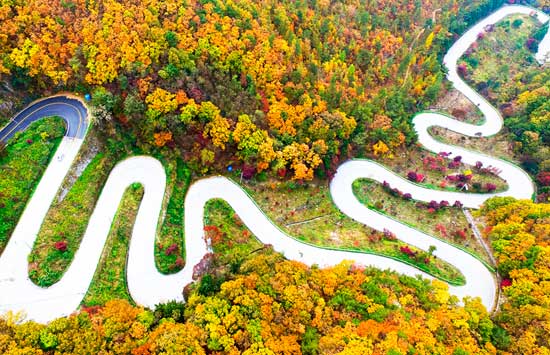 On the way to the Songnisan mountain from Boeun, there is a long and stiff mountain trail called the Malti Gogae, a pass which has 12 curves and its highest point is 800m above sea level.
It is considered as the gateway to the Songnisan mountain. The reason why the pass took the name Malti Gogae is as follows. When king Sejo (ruled for 1455-68) tried to climb over the mountain, he had to take off his palanquin and ride horse, because the trail was so rough for the palanquin.

It is said that the trail was first cut by king Taejo (ruled for 907-918), the first king of the Koreo dynasty.It is also called as Bak-seok Je (bak-seok means thin and wide stone, Je is mountain pass). Is is said that, when king Sejo passed it, the trail was paved with such stones. In 1966 when the road was paved, the old pavement was identified.